Why aren’t men doing the housework? 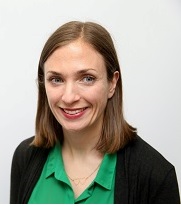 Manchester University’s Helen Norman and Laura Watt look at the reasons why there is such a gender imbalance with housework and what might be done to redress the balance.

Table 1: Average minutes men spend on housework and cooking per every hour that women spend

Although men have increased the time they spend on housework over the last decade (see Fatherhood Institute 2016), the gender imbalance remains stark – and is found across all age groups (see ONS 2016).

So why does the gender gap in time spent on housework persist?

We think there are three main explanations:

2015 European Working Conditions Survey data[1] shows that around a third (32%) of men in the UK work over 45 hours per week compared to just 12% of women. And women are more likely to work part-time (51% worked part-time[2] compared to 18% of men). When couples have children, women are even more likely to move to part-time work in order to accommodate the new demands of home and family (65% of mothers with a child under 11 worked part-time compared to less than half (47%) of other women). And fathers with a child under 11 are slightly more likely to work longer hours than other men (33% compared to 31%). These work patterns persist across every country in the EU-28.

Work-family policy in the UK focuses on supporting the mother rather than the father to reduce employment hours and alter schedules after having children – through a longer period of maternity leave and easier access to flexible working (see Norman and Fagan 2017).

The persistence of the gender pay gap (currently at 18.1%) maintains a financial logic for women to be the ones to reduce their work hours after having children.

Cultural ideals about gender roles and parenting persist, which maintain normative beliefs that young children suffer if their mothers are employed full-time. Although there has been a decline in these attitudes, a third of the UK population still believes that a mother should stay at home rather than go out to work when there is a child under school age (see Norman, Fagan and Watt 2017).

Housework has always traditionally been regarded as ‘women’s work’, and some suggest a ‘marker of feminine identity’ (Lippe et al. 2017). This can discourage men from taking responsibility for it because it does not conform to a traditional ‘masculine’ status.

Do some men do more housework than others?

Of course, not all men are the same, with some spending more time on housework than others.

Our analysis using the UK’s 2000-01 Millennium Cohort Study focuses on fathers who have a child under a year old. We found that for this group of men, employment hours, attitudes and different socio-demographics shape how much time they spent on housework[5].

Using a composite measure that captures paternal contributions to cooking, cleaning and laundry, we found that fathers were more likely to share or do the most housework when:

Will gender parity ever be reached?

Men are doing more housework than they used to but there is a long way to go before we reach gender parity in the division of housework.

Policy has not directly addressed the imbalance in housework although the recent focus on supporting new fathers to take time off work – through initiatives such as Shared Parental Leave (see Norman and Fagan 2017) – may be a step in the right direction, helping to dispel normative ideals about who should be working and who should spend more time at home.

To help facilitate a more gender equal division of paid and unpaid work in the home, it is important we step up efforts to close the gender pay gap; address the long-hours culture; improve work-family reconciliation rights for fathers – through parental leave and flexible working; and ensure families have access to good quality, affordable childcare.

[5] Based on analysis of 5,882 households in Great Britain