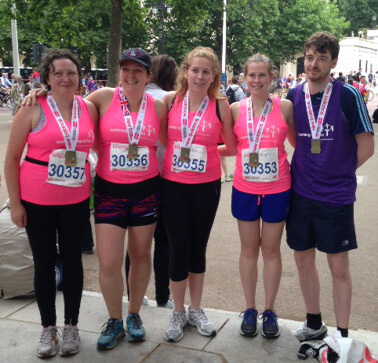 Take part and run for Working Families in the World’s greatest road race route through the heart of central London on July 12th 2015. Starting at Piccadilly, you will pass many of the capital’s historic landmarks including Trafalgar Square, Horse Guards Parade, Buckingham Palace, St Paul’s, Tate Modern and Tower Bridge.